Having recently moved to the Seattle area, we are still like kids in a candy store.

I'm bicycling to a bus stop and taking an express bus to work.  This combination is a little unlikely in the Midwest -- I am on the liberal, left coast alright.

Last weekend, we drove all of two hours and found ourselves in glacier country.  Glaciers! 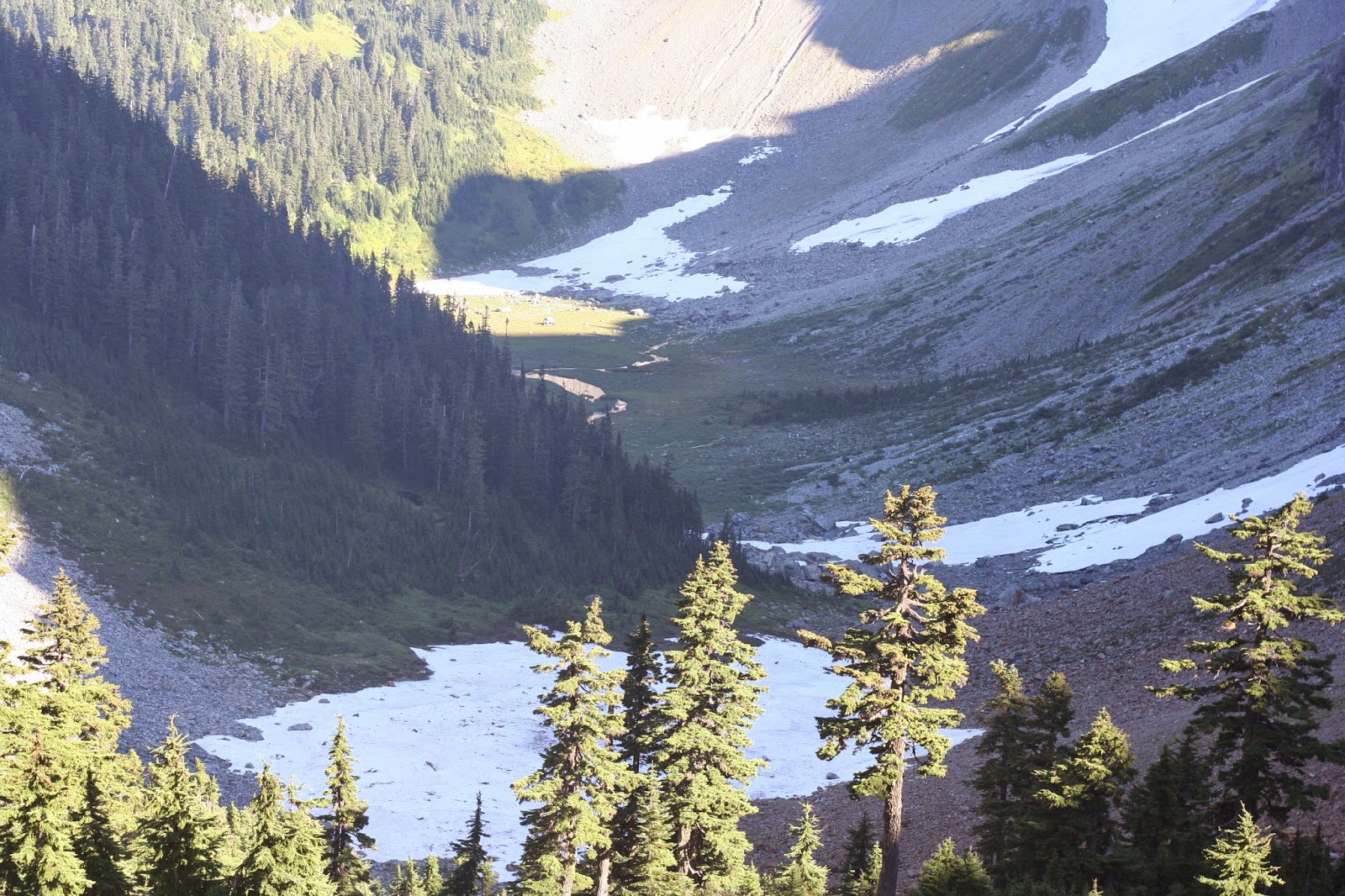 This was the view from Cascade pass. We reached it after a strenuous 2.5 hour hike.  The trail head is at the end of 18 miles of unpaved road.

Surely, that means we'd have the place all to ourselves? Nope.  The parking lot to the trail was crowded with at least 50 cars.

This weekend, Thursday's solar flares were to setup a huge geomagnetic storm.  That, along with clear skies, meant that there was a good chance of seeing the aurora borealis.  The question was where to go to escape the light pollution of the Puget Sound cities and still get a northern view.

A lot of internet searching led to Rattlesnake Lake, about 30 miles east of where live.  So we went well after dusk to that secluded state park ... and found that cars were lined up outside the park entrance for at least a mile!

Rattlesnake Lake was unlighted and dark, but there were still low hills ringing it, meaning that we couldn't see the horizon. The light pollution was still there, though, because of aircraft lights atop the hills, and the situation was not helped by the hundreds of people packed by the lake and turning on their flashlights every so often.

This was the view from Rattlesnake Lake.  Those are not northern lights. 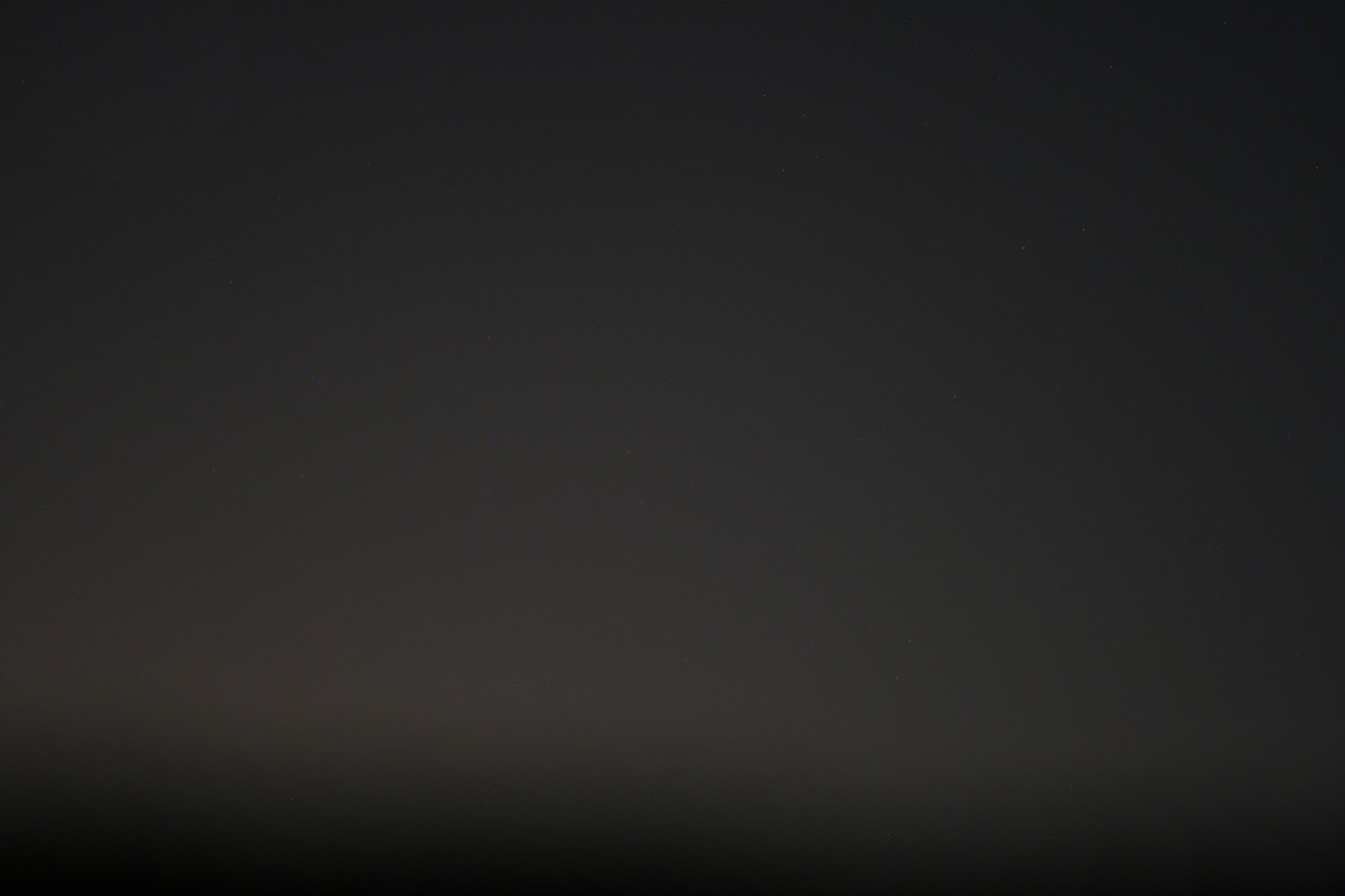