NASCAR racers on the beltway

This week, I'm in Rockville, MD on work. The building I'm in also hosts Clear Channel, and one the local DC radio stations decided to feature two NASCAR drivers on the beltway in rush-hour traffic. The "race" started and ended at our building. 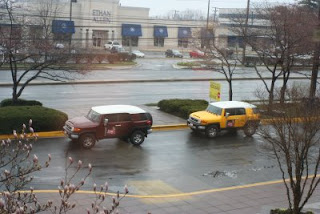 This was the state of the cars after the whole tamasha. One of the drivers had swerved into the other, trying to push him off the road. I hope the Toyota dealer who loaned the radio station these cars knew what he was getting his cars into! 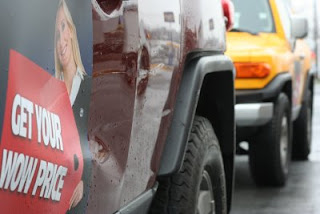 Incidentally, the company I'm doing the work for this week is called "Learning Tree", so it is doubly ironic that a new Mediterranean market has opened just down the block: 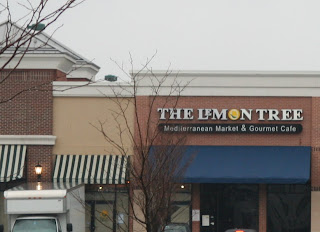 p.s. Bad cars in the US are referred to as lemons. Hence the double irony.