Palo Duro Canyon is the second largest canyon in the United States (after the Grand Canyon, naturally). It was undeveloped, until the Civilian Conservation Corps (CCC) built a scenic road through the park. This was part of FDR's make-work programs, and when the park ranger was talking about the building of the park, I could not but think whether our generation will similarly use this depression to build a better country for our grandchildren.

Based on the stuff the stimulus bill is being spent on, not bloody likely. Anyway, this is the view of the canyon from the entrance to the park. You can see the park road winding through the valley. 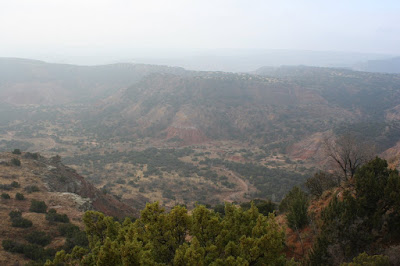 To get from the rim to the bottom, there are several bridges and a couple of river crossings. You can see a couple of the bridges in the photograph. Pretty much everything about this road was hand-built. 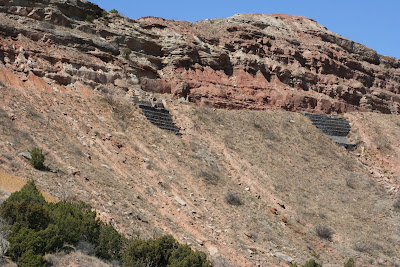 The remains of the hall in which workers lived while they built the park. What you see is just the chimney. Maybe because I associate central meridians like this with the Taj Mahal, and because the Taj Mahal is a tomb, this is (to me) a wonderful memorial to hard-working depression-era men and their far-sighted leaders. 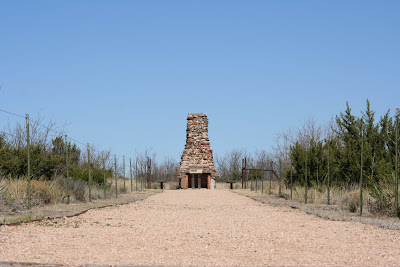 The actual memorial to the CCC is a simple room in the visitor's center. 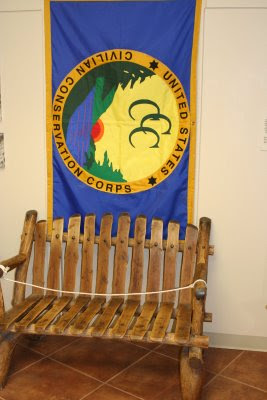